Red Scarf Girl: A Memoir of the Cultural Revolution (Paperback) 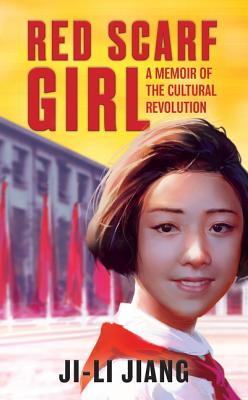 In the tradition of The Diary of Anne Frank and I Am Malala, this is the incredible true story of one girl’s courage and determination during one of the most terrifying eras of the twentieth century. This edition includes a detailed glossary, pronunciation guide, discussion questions, and a Q&A with the author.

It's 1966, and twelve-year-old Ji-li Jiang has everything a girl could want: brains, popularity, and a bright future in Communist China. But it's also the year that China's leader, Mao Ze-dong, launches the Cultural Revolution—and Ji-li's world begins to fall apart.

Over the next few years, people who were once her friends and neighbors turn on her and her family, forcing them to live in constant terror of arrest. And when Ji-li's father is finally imprisoned, she faces the most difficult dilemma of her life.

Written in an accessible and engaging style, this page-turning, honest, and deeply personal autobiography will appeal to readers of all ages.

Ji-li Jiang was born in Shanghai, China, in 1954. She graduated from Shanghai Teachers' College and Shanghai University and was a science teacher before she came to the United States in 1984. After her graduation from the University of Hawaii, Ms. Jiang worked as an operations analyst for a hotel chain in Hawaii,then as budget director for a health-care company in Chicago. In 1992 she started her own company, East West Exchange, to promote cultural exchange between Western countries and China.

★ “Engrossing. Transcends politics and becomes the story of one little girl trying to survive.” — ALA Booklist

“All the more powerful for the simplicity of its prose.” — New York Times Book Review

“Ji-li’s deeply moving story should be on the shelf of every person’s library. Her courage in the face of adversity and her steadfast loyalty and love for her family are truly inspirational for young and old alike.” — Nien Chang, author of A Life and Death in Shanghai

“I can only hope I would have shown the same decency and courage exhibited by Ji-li Jiang. Her actions remind me that, even under unbearable circumstances, one can still cling to love and justice. Above all, one can still hope for a happier tomorrow.” — David Henry Hwang, playwright of M. Butterfly