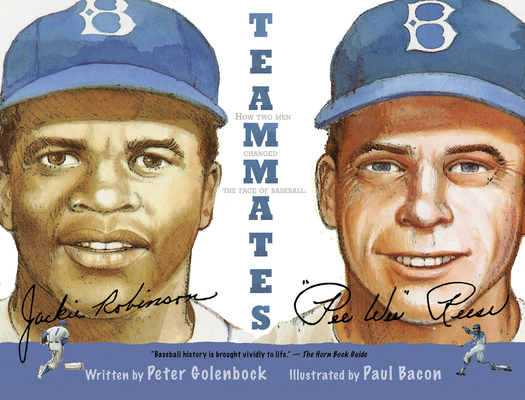 This is the moving story of how Jackie Robinson became the first black player on a Major League baseball team when he joined the Brooklyn Dodgers in the 1940s, and how on a fateful day in Cincinnati, Pee Wee Reese took a stand and declared Jackie his teammate. Illustrated with a blend of historic photographs and eloquent watercolors by Paul Bacon.

Peter Golenbock is a well-known writer of books about sports, espcecially baseball. He lives in Ridgefield, Connecticut.

Paul Bacon (1923-2015) was a revered book designer and illustrator who created some of the most iconic book jackets of his time, including that of Catch 22 and Slaughterhouse Five.