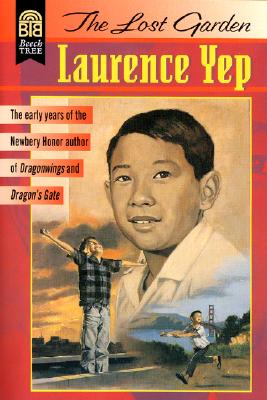 Young Laurence didn't really where he fit in. He thought of himself as American, especially since he didn't speak Chinese and couldn't understand his grandmother, who lived in Chinatown. But others saw him as different in the conformist American of the 1950s. In this engaging memoir, the two-time Newbery Honor author tells how writing helped him start to solve the puzzle.

Laurence Yep is the acclaimed author of more than sixty books for young people and a winner of the Laura Ingalls Wilder Award. His illustrious list of novels includes the Newbery Honor Books Dragonwings and Dragon's Gate; The Earth Dragon Awakes: The San Francisco Earthquake of 1906, a Texas Bluebonnet Award nominee; and The Dragon's Child: A Story of Angel Island, which he cowrote with his niece, Dr. Kathleen S. Yep, and was named a New York Public Library's "One Hundred Titles for Reading and Sharing" and a Bank Street College of Education Best Children's Book.

Mr. Yep grew up in San Francisco, where he was born. He attended Marquette University, graduated from the University of California at Santa Cruz, and received his PhD from the State University of New York at Buffalo. He lives in Pacific Grove, California, with his wife, the writer Joanne Ryder.