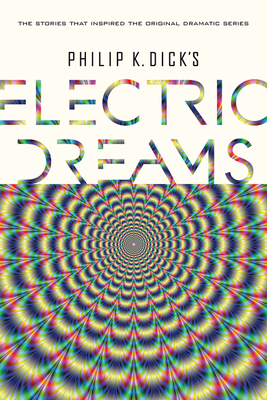 By Philip K. Dick
$20.00
Available from Crow via Warehouse. Usually Ships in 1-3 Days

The stories that inspired the original dramatic series.

Though perhaps most famous as a novelist, Philip K. Dick wrote more than one hundred short stories over the course of his career, each as mind-bending and genre-defining as his longer works. Philip K. Dick’s Electric Dreams collects ten of the best. In “Autofac,” Dick shows us one of the earliest examples (and warnings) in science fiction of self-replicating machines. “Exhibit Piece” and “The Commuter” feature Dick exploring one of his favorite themes: the shifting nature of reality and whether it is even possible to perceive the world as it truly exists. And “The Hanging Stranger” provides a thrilling, dark political allegory as relevant today as it was when Dick wrote it at the height of the Cold War.

Strange, funny, and powerful, the stories in this collection highlight a master at work, encapsulating his boundless imagination and deep understanding of the human condition.

Over a writing career that spanned three decades, PHILIP K. DICK (1928–1982) published 36 science fiction novels and 121 short stories in which he explored the essence of what makes man human and the dangers of centralized power. Toward the end of his life, his work turned to deeply personal, metaphysical questions concerning the nature of God. Eleven novels and short stories have been adapted to film, notably Blade Runner (based on Do Androids Dream of Electric Sheep?), Total Recall,Minority Report, and A Scanner Darkly. The recipient of critical acclaim and numerous awards throughout his career, Dick was inducted into the Science Fiction Hall of Fame in 2005, and in 2007 the Library of America published a selection of his novels in three volumes. His work has been translated into more than twenty-five languages.