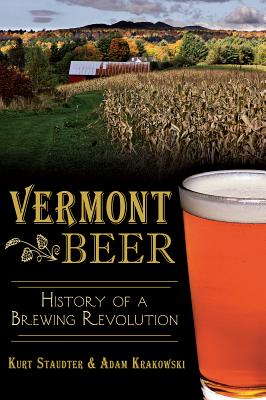 Vermonters love all things local, so it is no surprise that the Green Mountain State has had a thriving craft beer scene for more than 20 years.

Early Vermont brewers faced a strong uphill struggle however, as a state-imposed alcohol prohibition began in 1852, and continued well after the ending of federal prohibition. Conditions remained unfavorable until Greg Noonan, founder of Vermont Pub & Brewery, championed brewing legislation that opened the door for all breweries and pubs in the 1980s. About the same time, the now beloved Catamount also began brewing, and Vermont's craft beer scene exploded. Years ahead of the rest of the country, local favorites like Hill Farmstead, Long Trail, and Rock Art Brewing have provided world-class beer to grateful patrons. From small upstarts to well-recognized national brands like Magic Hat and Harpoon, Vermont boasts more breweries per capita than any other state in the country. With brewer interviews and historic recipes included, discover the sudsy story of beer in Vermont.