Who Do I Run To? (Paperback) 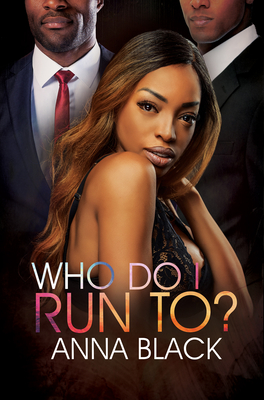 Janiece Hawkins never thought she’d find herself involved in a love triangle—especially with a married man. KP, the man of her dreams, sweeps her off her feet long before he tells her he is married with two kids. Too deep in love to let go, she becomes accustomed to being KP’s other woman.

She doesn’t have a problem with her role as KP’s mistress until she meets Isaiah. He’s ready to commit and make Janiece his. He will stop at nothing to win her over, even though Janiece is stuck on KP.

Things spiral out of control when KP decides it’s time to leave Kimberly, his wife, to be with Janiece. The drama kicks into high gear when Isaiah fights to have Janiece, and Kimberly also fights to keep KP. The ultimate decision has to be made by Janiece. Who will she run to when she is ready to love?

Anna Black was born and raised on the south side of Chicago. Anna earned her bestselling author title with her debut release, Now You Wanna Come Back. For several consecutive weeks, it remained number one for African American Women’s Fiction on Amazon. She has since released more than two dozen novels, short stories, and collaborations. As she forges her path to success, her goal is to offer page-turning tales to readers worldwide. This award-winning author currently lives in Texas with her daughter, Tyra, who will soon graduate from Sam Houston State University. Anna is a city girl at heart, and when she is not writing romantic page-turners, she enjoys football, playing pool, and binge-watching her favorite shows and series.