Wine: A social and cultural history of the drink that changed our lives (Paperback) 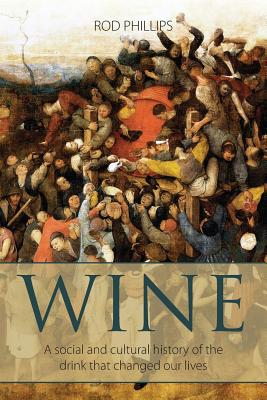 Wine is a drink with a long history. It is produced in every continent apart from Antarctica, and there are very few places on Earth where its sale and consumption are prohibited outright. It should not then come as any surprise to discover that it has had a hand in shaping society and culture across the globe. Taking a thematic approach to his subject, wine historian Rod Phillips discovers the profound effect this seemingly simple grape-based drink has had on our landscapes, politics, language and social interactions. Along the way he unearths some surprising facts that demonstrate the important part wine has played in our lives. For example:

Wine is an entertaining and informative exploration of the drink's social and cultural impact and an essential addition to the library of any wine enthusiast.