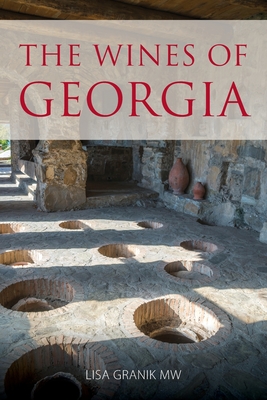 The Republic of Georgia can claim over 8,000 years of winemaking history. However, the current wine industry is very young. Following independence from the Soviet Union, Georgia has for the last 25 years been resurrecting its unique winemaking tradition and rediscovering the distinctiveness of its native varieties. A handful of producers in 1997 has now exploded to more than 1,300. Wine is arguably more important to Georgia than to any other country and its people firmly believe their country to be the birthplace of wine. Yet Georgian wines are still largely unknown in the West.

Lisa Granik, who began visiting Georgia 30 years ago, starts The wines of Georgia with a brisk tour through the history of the country and analysis of its complex geology, before moving on to consider Georgian wine culture. She explains not only winemaking methods and viticulture but also the centrality of wine to Georgian culture generally, describing the supra tradition, which is poorly captured by the English word 'feasting'. Georgia can claim more than 400 native Vitis vinifera varieties; here Granik profiles the most commonly planted grapes, as well as the many 'lost' varieties being revived.

The second half of the book details each of the major regions. Of Georgia's 20 PDOs, 15 are in the east, in Kakheti. With a history of wine education dating back 900 years, this prolific winemaking region is home to the qvevri, the conical clay vessel that for many represents Georgian winemaking. Stretching west, the regions become more sparsely populated; some places are still pioneer wine territory, with more amateur and self-taught winemakers. Granik provides details on the most significant producers, along with tips on sites of interest and places to eat and stay, for those visiting the country. This definitive book on Georgian wine is an essential text for anybody studying or making wine today.