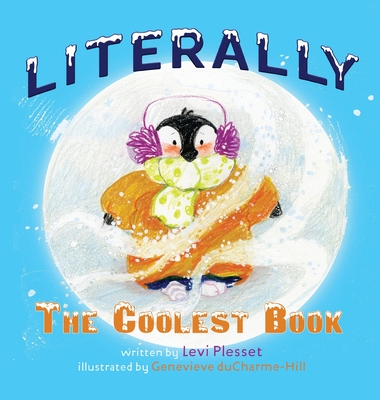 The word "literally," means "in a literal, exact, or actual sense; not figuratively, allegorically, etc."

But according to the Oxford English Dictionary, "literally" can be colloquially used "to indicate that some (frequently conventional) metaphorical or hyperbolical expression is to be taken in the strongest admissible sense: 'virtually, as good as.'" The update also says that the recently recognized definition is "now one of the most common uses, although often considered irregular in standard English since it reverses the original sense of literally ('not figuratively or metaphorically'). If "literally" is now an emphasis for metaphor, then we no longer have a word in the English language to distinguish the literal from the figurative. This book is a crusade to save the word "literally."

This book is designed to support parents as they encourage their children to think about language and the words that they hear, speak, read, and write. Although this is a children's book, its intent is to serve as a tool for families to discuss the beauty, intelligence, and uniqueness of the English language. While some language lovers scorn the acceptance of the newer usages of "literally," I encourage young language learners to explore their own voice and lexicon, as the way in which one speaks is an identifier of one's individualism, personality, and world view.