Street Kings: Came From Nothing (Paperback) 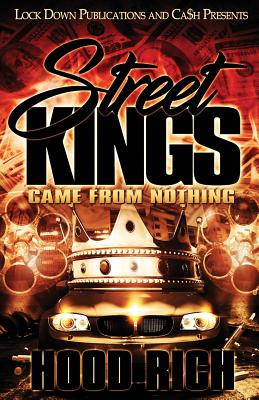 This is book number 1 in the Street Kings series.

On the deadly streets of L.A., it's kill or be killed. Gang banging is rampant and to die for your set is more respected than living for yourself. In the middle of this maelstrom of psychosis, NOODLES and his homie, FILIPINO, create their own way out.

Crenshaw is about to get introduced to a new breed of gangsterism, where the entire hood will be put to a test. With brains, savvy and deadly intentions, the two young G's embark on a bloody mission that can't be thwarted without monumental fatalities.

Will Noodles and Filipino become the STREET KINGS they aspire to be? Or will they run into forces that are just as strong and vicious as they are?