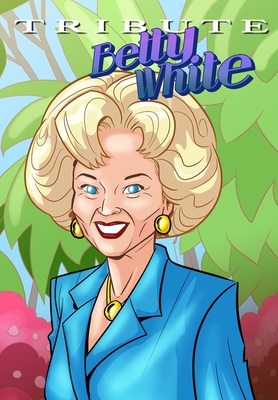 It says a lot about a person's life and legacy if people think she died too soon at 99. 'Tribute: Betty White', traces the extraordinary life of the actor, writer, wit, and humanitarian who has also been Hollywood's most enduring 'it girl' for seven-plus decades. Betty always makes the scene Tracing her life from the earliest days of television to her time on the 'Golden Girls' and recent social media fame, the comic explores her love, drive, and enduring success. This is a bonus edition comic book biography on the life of icon Betty White.

The Tribute comic line has been embraced by the media and featured on several television news outlets including The Today Show, The View, E News, The Tonight Show, and CNN. The series has also been featured in many publications such as Vanity Fair, MTV, Time. and Rolling Stone.

TidalWave Productions has focused their biographies on previous icon in the past such as Carrie Fisher, Lucille Ball and more